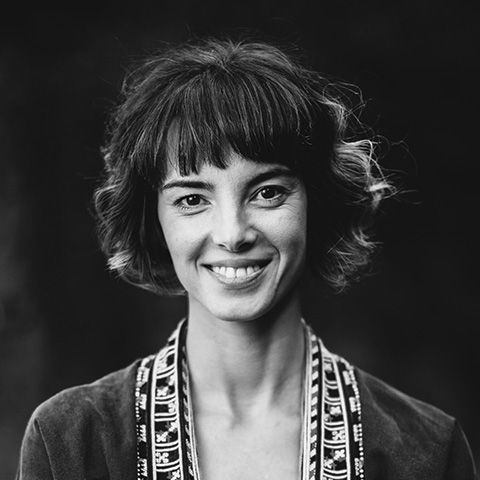 Marija Milićević, the founder of Homeplace – the space for the development of body and spirit, is a professor of Spanish and Hispanic literature by profession. She has been interested in movement and the human body since her childhood and so she started learning about different dances. In the meantime, she came to know yoga, and is studying different styles and practices.

She became a yoga teacher in the Vidya yoga school of Dragan Lončar, and continued her education under teachers of yin yoga Sebastian Pucelle and Murielle Burellier, also completing yoga for kids training – the Rainbow kids method. While deepening her work on the body, she awoke an interest in meditation as a new perspective on her work with people. She completed Osho meditation leading training and is currently studying to become an Osho diamond breath technique therapist.

She gives individual and group classes, as well as yoga weekends and detox programs.

“The sun shines down, and its image reflects in a thousand different pots filled with water. The reflections are many, but they are each reflecting the same sun. Similarly, when we come to know who we truly are, we will see ourselves in all people.” – Ammachi

Dražen Šivak, through his career and experience in acting and acting pedagogy, began his journey through art where he gained experience in different acting techniques and approaches. That’s where his interest in deeper understanding of himself awoke and he found meditation which became his practice. He is undertaking training in the processes of Intense awareness and Inner judge under Ganga Cording and Avikala Costantin. He’s a certified hypnotherapist and a member of the American Board of Hypnotherapy.

Through his dedicated and devoted approach to every client he treats everyone with respect and understanding giving them the space to uncover their own individual potential.

At Homeplace he gives the following workshops: Living the Presence, Tango – The art of listening. He also holds individual work in hypnotherapy and the Inner Judge.

Jelena Marković gained her education in Somatic Experiencing technique therapy in Italy and she’s a member of the Global Somatic Experiencing & Trauma Healing network and the European Somatic Experiencing Association. She honed her knowledge and skill in holistic counseling in Italy at the international POL Institute through the Working with People program. She was a part of the Road to love program as well as being part of the Awakening of Love team in Serbia. She holds a degree in psychology from the University of Belgrade, Faculty of Philosophy as well as a Master’s degree in Education policy.

Her inspiration for working with people comes from her belief that finding our own truth, acceptance and authenticity, leads us to finding our strength and uniqueness.

Through her rich experience in working on herself as well as working with others, Jelena realized that the forgotten language of the body represents a signpost guiding us to awareness, presence and new insights about ourselves and the world surrounding us.

Jelena is the founder of the Center for Development and Joyfulness.

Marijana Todorović is an associate of the Center for Development and Joyfulness, as well as a co-organizer of many different guest programs.

Since her childhood she worked on her body and movement through dance and martial arts, through which she for the first time came to regard both meditation and the body as an instrument of emotional expression and coping with life.

During her professional career in human rights and education where she worked on educating different professionals who work with people and children, Marijana confirmed her belief that the biggest contribution to the world comes from working on one’s self, taking a personal and professional path of intense work on herself through different forms of education and programs in Serbia and across the world. She was a part of the Road to Love program and is a part of the team in Serbia. She is currently undertaking Osho Diamond Breathing Training.

“And the day came when the risk to remain tight in a bud was more painful than the risk it took to blossom.” – Anais Nin 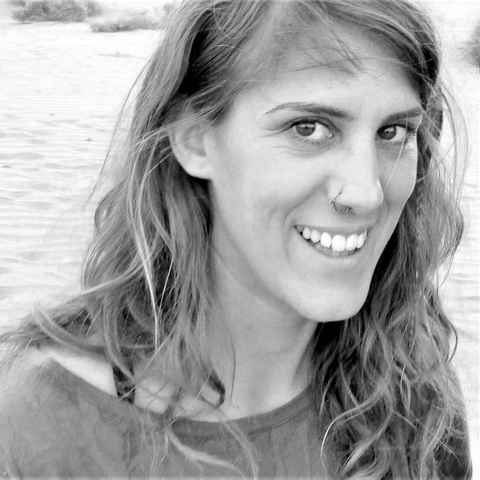 Nina Radovanovic is a yoga teacher, dancer and somatic therapist from Belgrade. Shortly after completing her formal studies in Languages here, she ventured out into the world in search of new knowledge. Her transformational journey through bodily and spiritual awareness began 12 years ago in India, where she was first introduced to the ancient wisdom of Yoga and meditation.

Nina completed her first 200 hour Yoga Teacher Training in a tantric ashram in India, and continued to explore Yoga’s various forms, including Ashtanga in Mysore and different styles of Vinyasa, Hatha, Yin and Acro Yoga. Nina has studied with world-renowned teachers at workshops and trainings in India and Bali, and has integrated awareness meditation techniques learned in Vipassana meditation courses.

Nina’s interest in bodywork brought her to study Ayurveda and Thai massage, before eventually leading her to Aguahara. She fell in love with this water treatment, as she recognized it as the most inclusive being work. 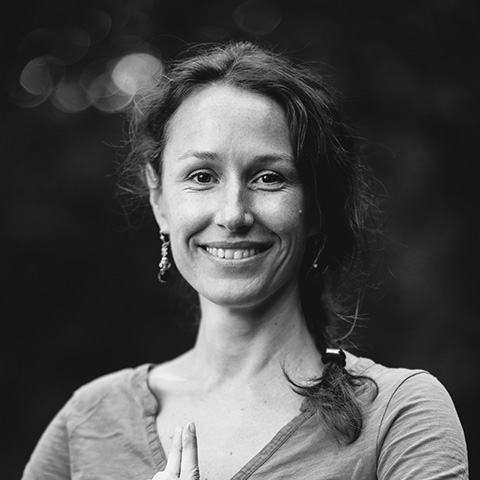 After completing her university studies, Jelena Kadenić worked at several multinational companies throughout the US and Europe. Realizing the business environment does not support inner growth, Jelena made a turn in her life.

Her many years of experience in shamanism techniques practiced with dr Vuk as well as her yoga practices were further enriched through an instructor’s license in hatha yoga from the Vidya yoga school of Dragan Lončar. For the past ten years she has been holding group and individual classes, workshops and yoga retreats in both Serbian and English. She has especially focused on yoga for corporations and facial yoga.

Her experience and work on herself also led her to Vipassana meditation, which grants her new insights.

“Gratitude unlocks the fullness of life. It turns what we have into enough and more….. It can turn a meal into a feast, a house into a home and a stranger into a friend.” – Melodie Beattie